A quality consumer experience is driven by the development of a compelling story that defines a brand; this is integral to the work we do at Modern Edge. In our second series of 4 Questions in the category of film, television, video and theater, we discuss a range of topics from character development to story telling and production. In this series we talked to Danny Johnson, Actor in Feature Film and Television. Danny gives us a unique perspective from someone who has spent his life sharing stories on Broadway, in film and on TV. We’re happy to present this interview in 4 parts that will be posted weekly to our blog.

Modern Edge: Film directors have different approaches for getting the best work from their actors. What are some of the styles you’ve encountered and how would you contrast some of the most effective directing styles? 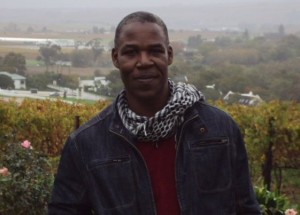 Danny Johnson: I have been fortunate to have worked with very kind directors who haven’t had to yell at me too much.  I try to be director-able! I try and trust that they are seeing things that I can’t because I’m not looking in the same way they are. And then I make adjustments. It’s always wise to make them demonstrable. You need to show the difference from the take before. Many actors like to watch the playback of a scene they may have just shot moments before. But I prefer not to see anything more than the final cut. I figure if the directors and producers trust me enough to hire me, then I gotta trust them with what I give them. I have worked with people who are very demanding and push hard going for an intense experience. And also with others who are much more relaxed and simply want to encourage you to do your best. Either style is fine with me as I’m adaptable and generally an agreeable person. I will try to buy into whatever mood the director is putting on the set. And again with a film set, because there are so many people involved, I believe directors understand that they are setting the tone for a large group. Good tone leads to good days, which in turn leads to a good shoot and hopefully a good project.

Modern Edge would like to thank Danny Johnson for participating in our Series of 4 Questions. For more on Danny Johnson, visit imdb.

© 2023 Modern Edge. All rights reserved. Logos and trademarks are property of their respective owners.