A quality consumer experience is driven by the development of a compelling story that defines a brand; this is integral to the work we do at Modern Edge. In our second series of 4 Questions in the category of  film, television, video and theater, we discuss a range of topics from character development to story telling and production. In this series we talked to Danny Johnson, Actor in Feature Film and Television. Danny gives us a unique perspective from someone who has spent his life sharing stories on Broadway, in film and on TV. We’re happy to present this interview in 4 parts that will be posted weekly to our blog.

Modern Edge: You’ve appeared both on Broadway and in popular television shows such as Law and Order, Damages, The Philanthropist, and The Sopranos. How does the production pace differ and how do the different mediums keep the quality level high? 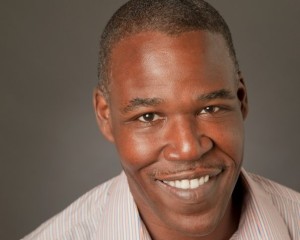 Danny Johnson: For me, working on a play is a real luxury. Usually the actor has several weeks to rehearse and develop his or her character and relationship with the other collaborators in the production (actors, director, technical support staff, etc). It usually starts with the group sitting around a table and simply reading the play. It’s a process of discovery that is extended and nuanced. And, there’s plenty of time to develop relationships.

I have found working on film and TV projects to usually be a much swifter process. When I shot the Philanthropist episode I auditioned, got booked, traveled from New York to South Africa and was on a set in 1 week. Film production moves quickly. It’s rather expensive to shoot film and TV. On any given shot there’s likely to be 85 people working, minimum. You have a number of shots and scenes to cover each day and the days are almost always long.

For me, the thing is to embrace whatever form I’m working in. If it’s a film/TV project then I know I have to come to the set ready from the start. In a play, one has more time to get to where they want to go. Also in a play it’s the job of the stage manager to keep the quality high once the show has opened and the director is gone. A play should be giving the same experience in the 1st show as it is in the 500th.  It can be hard for the actor to sustain and it requires reliving the experience of the play in a fresh way each night. When one can no longer do it, it’s time for a new gig.  A film project counts on a battery of eyes on each take to watch and adjust to what’s happening onscreen. Actors try to keep the level highest when the camera is on them.

Check back next Monday for part 2 of our interview with Danny Johnson. For more on Danny Johnson, visit imdb.